As a part of the DBE audit carried out at the textile industry&#039;s client, the modernization of the dyeing machines was proposed. 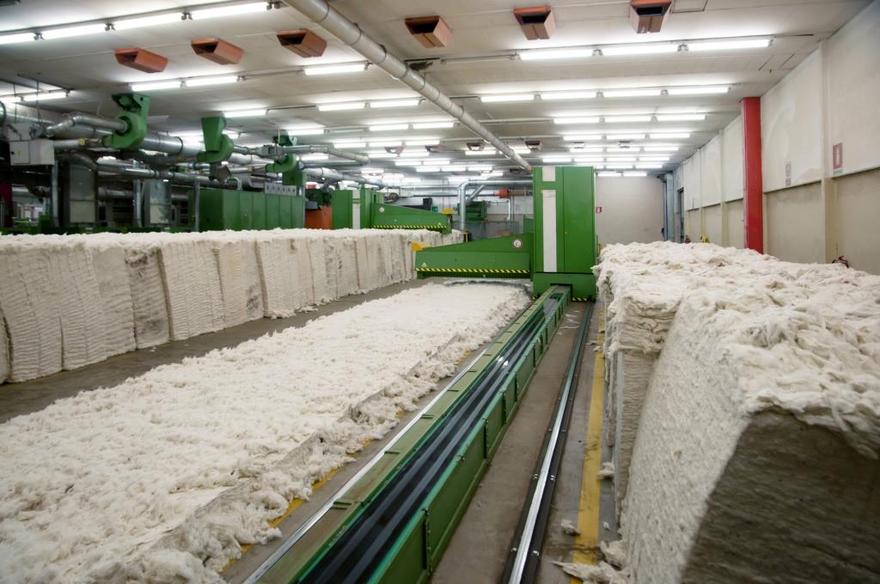 The devices were insulated with a synthetic rubber sheath, having an outer covering of aluminum foil. In order to assess the validity of the investment, the measurement of the heat used for the process was performed, and the quantity and power of the refrigerated water of the insulated machines was measured. The obtained results were compared with the results of measurements of non-insulated machines. Assessments were made for comparable processes.

Measurements proved that the isolation of the device resulted in the reduction of thermal energy consumption by more than 50% with respect to the devices without insulation.

The dyeing machine insulation also impacts the cooling water consumption, which is used to cool the process water. Pure, treated water serves as a coolant. In consequence of the insulation of the dyeing machine, cooling water consumption increased, due to the fact that less heat radiated from the machine and it was necessary to provide more cooling from the outside in order to cool the same amount of water.

As in the case of non-insulated dyeing machine, the final temperature of the cooling water does not exceed 100 ° C and does not fall below 30 ° C. However, the cooling power increased, together with the water stream discharged from the machine and the cooling time of the process water. Consequently, there is more water- about 6 m3, but also its average temperature is lower and reaches the level of maximum 50 ° C. Still, the water will be used as process water, which will increase the energy efficiency of the modernization. Water from dyeing machines is pure, treated and heated after cooling of process water.

As a result of the modernization, 20.93 MWh of energy was saved and the cost-cutting of more than USD 657,000.00 was reached, while investment expenditures amounted to USD 61 thousand.